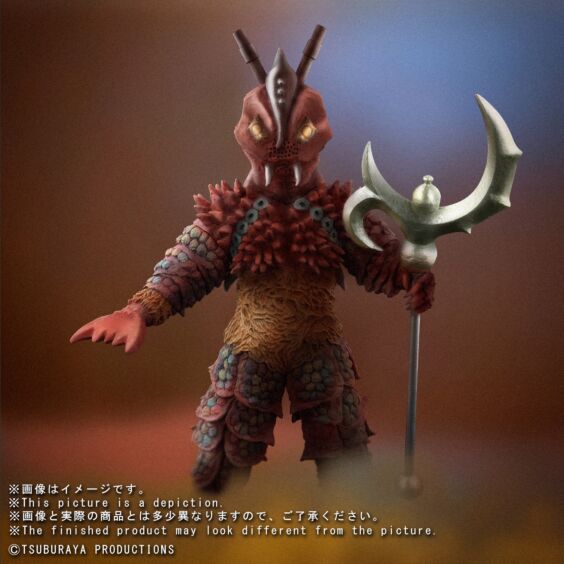 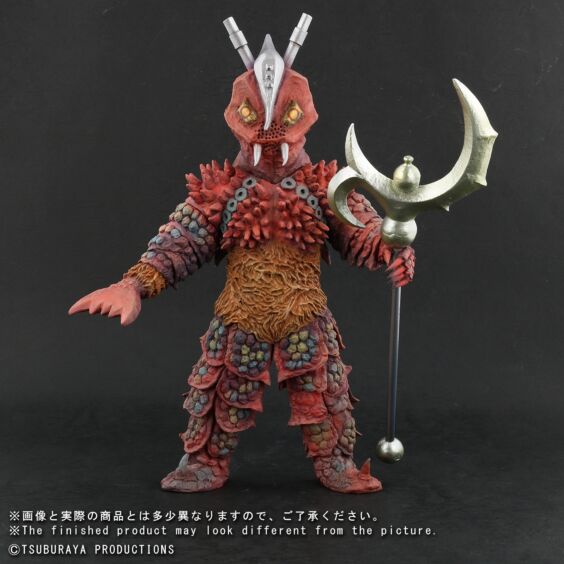 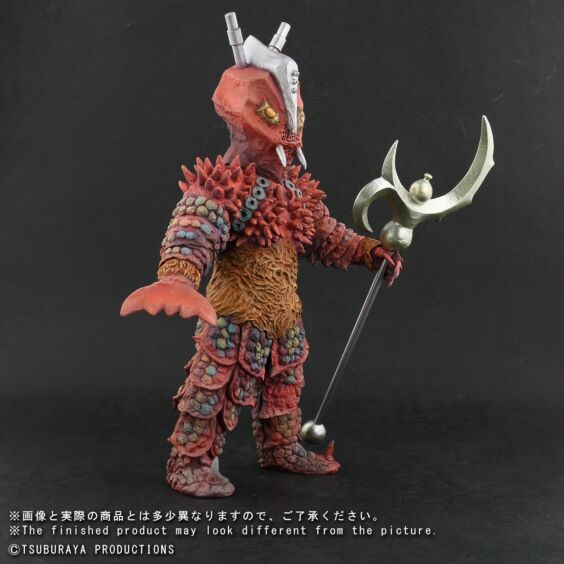 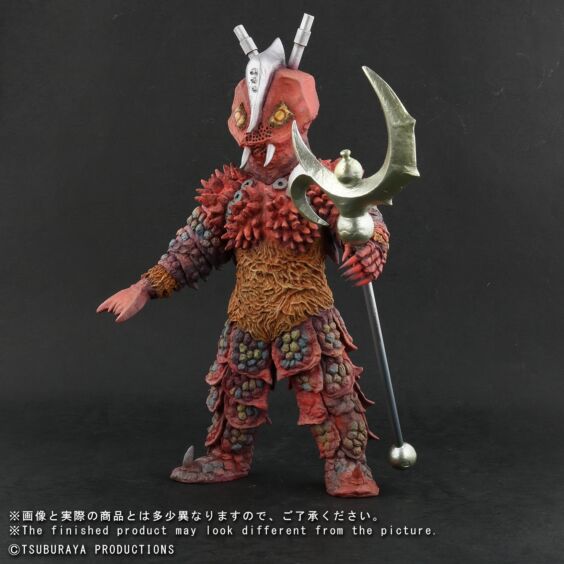 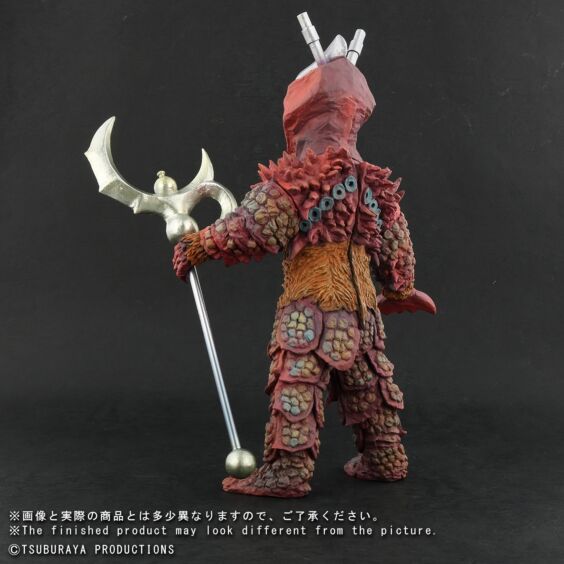 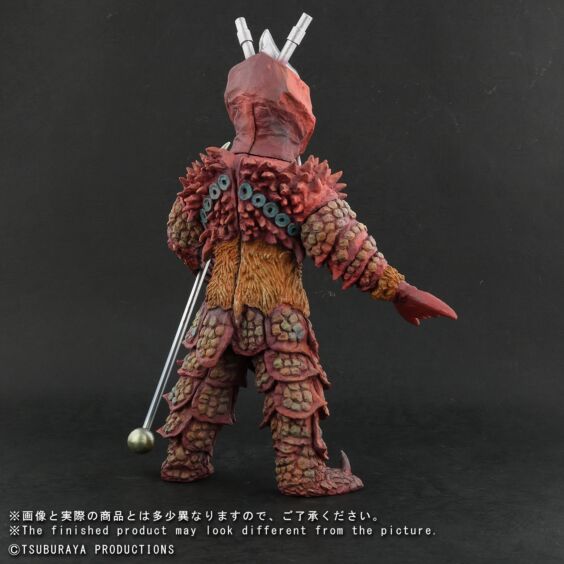 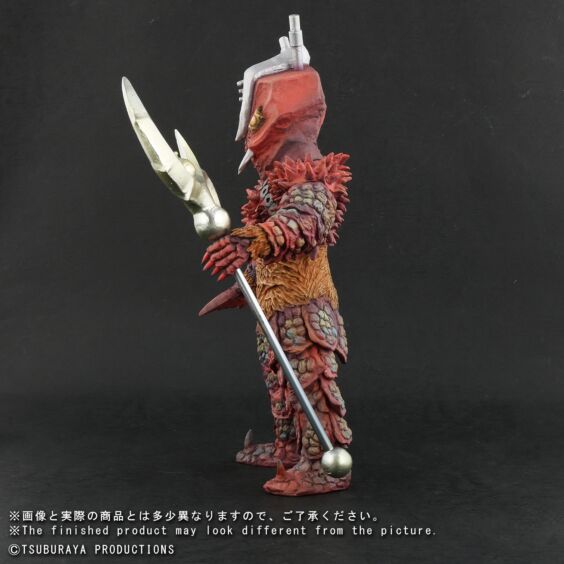 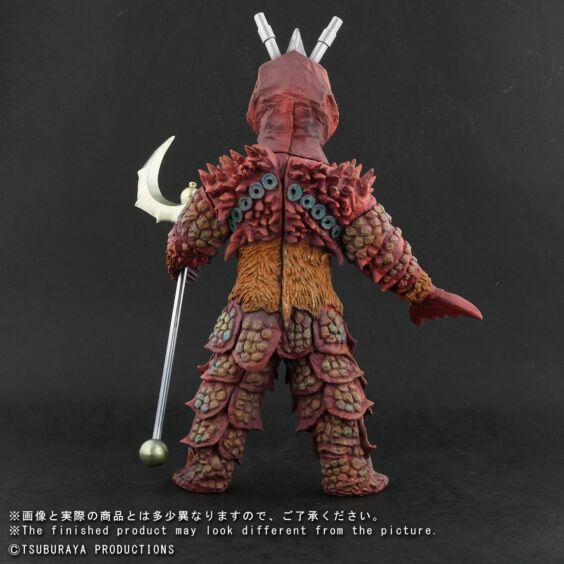 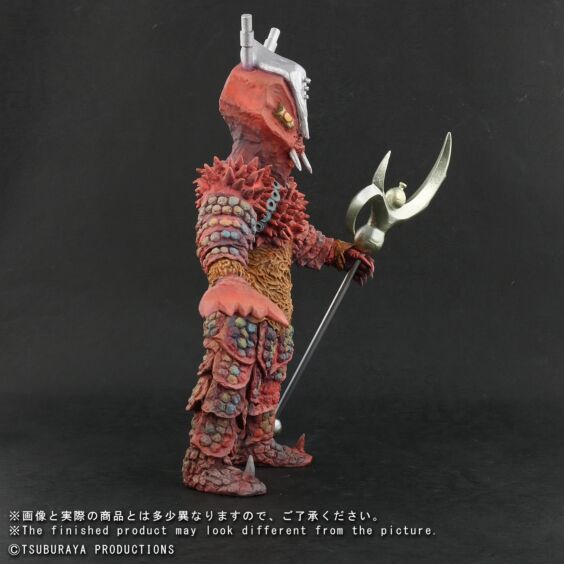 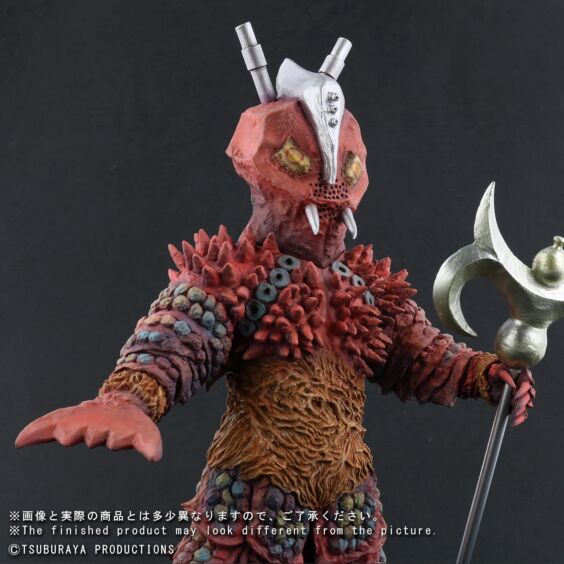 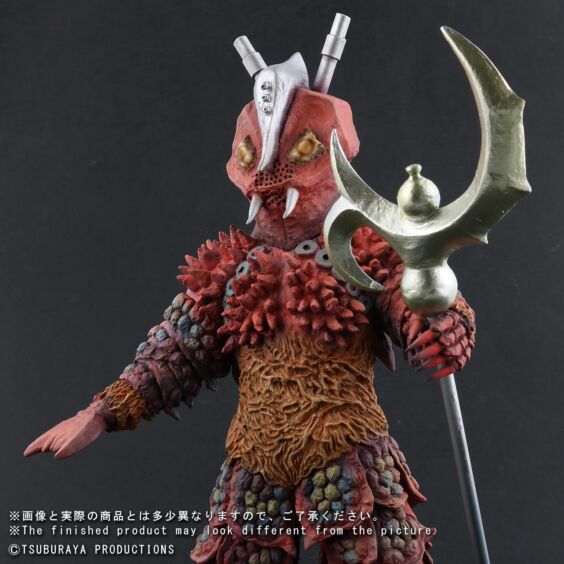 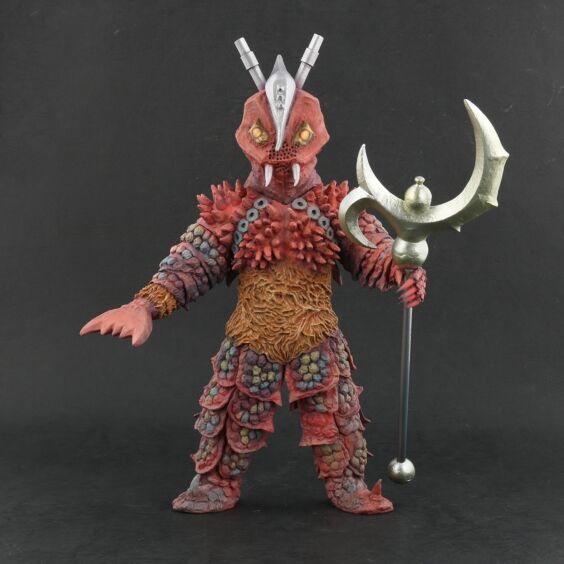 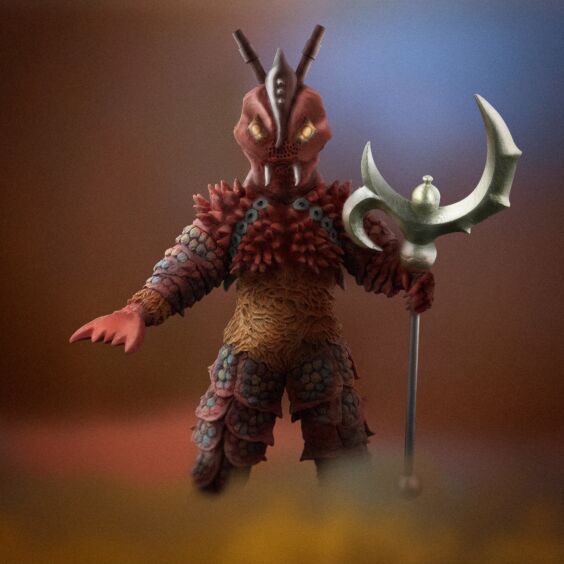 After defeated by Ultraman Ace, Yapool hid in exile, waiting for a perfect time for revenge on Ultraman and Earth. Building army of resurrected Kaiju, Yapool tries to conquer earth again but he is confronted by Ultraman Taro.

We have taken great care to recreate all the spikes that cover Re-Giant Yapool's body, its colorful eyes, and even the spear that he carried in the episode!

Also known as an " Alternate Dimension Being", Yapool uses its cunning and intelligence to avoid death even when defeated and comes back to haunt Ultra Heroes again and again over many Ultra series.

Don't miss this chance to add this Re-Giant Yapool to your collection!