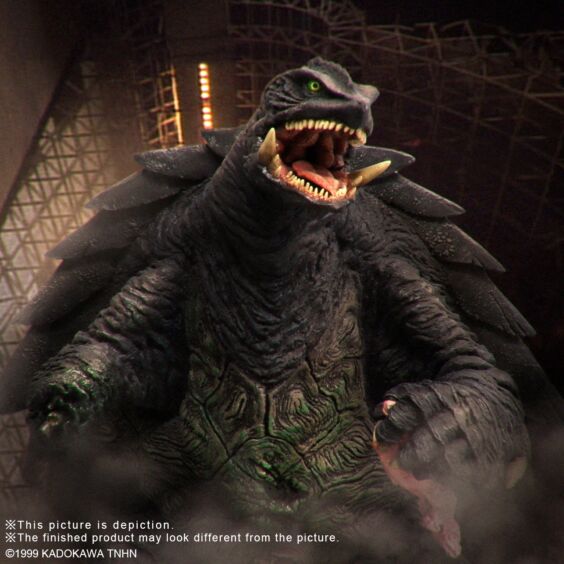 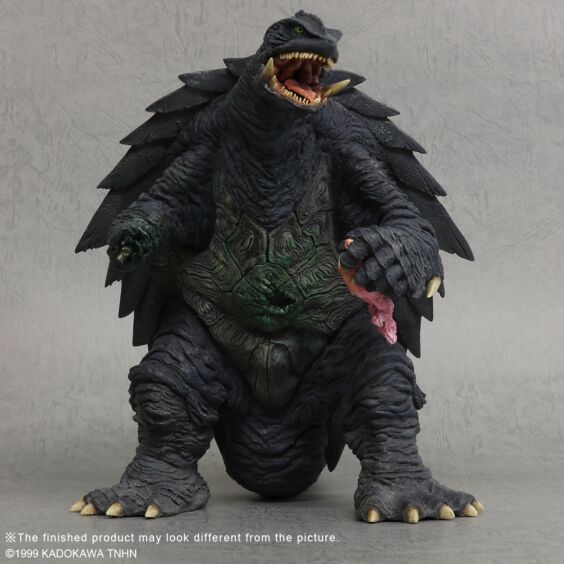 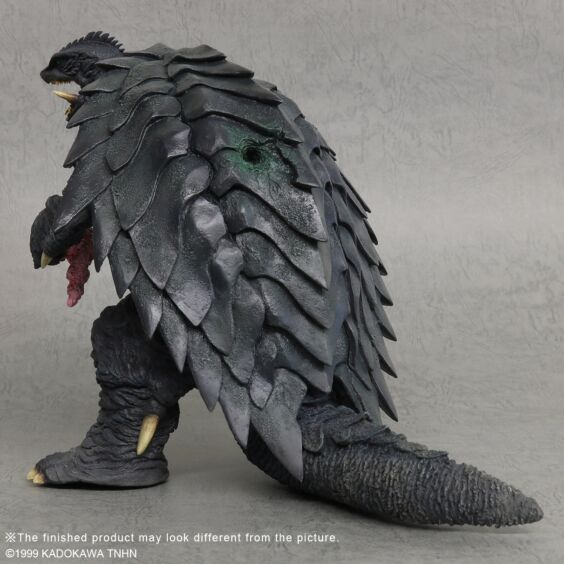 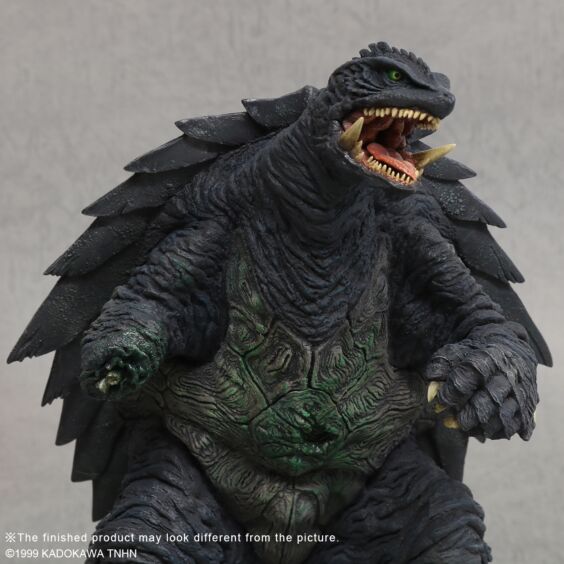 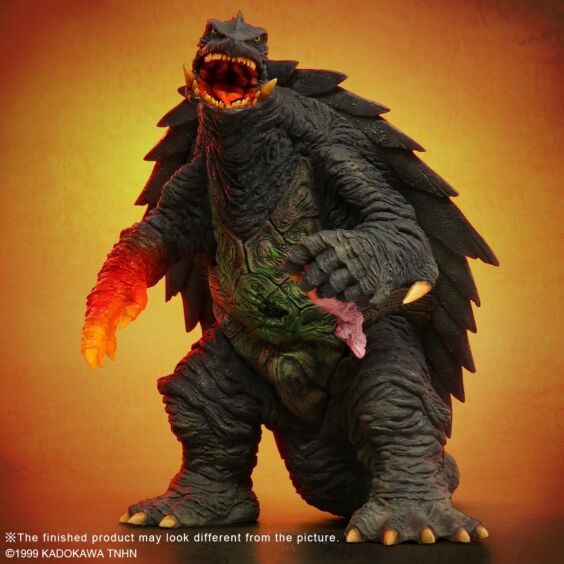 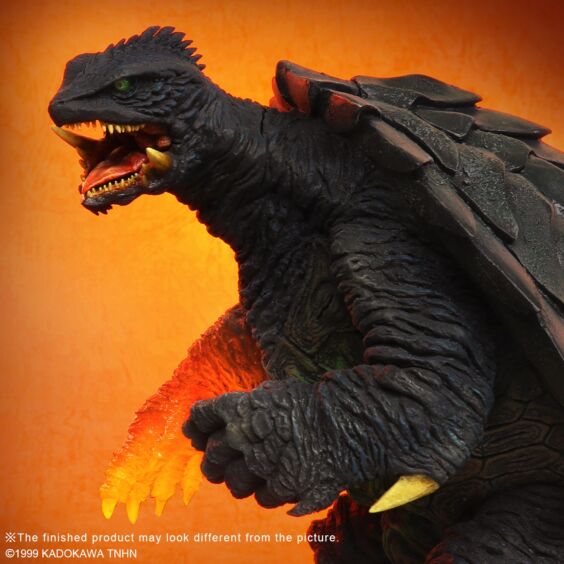 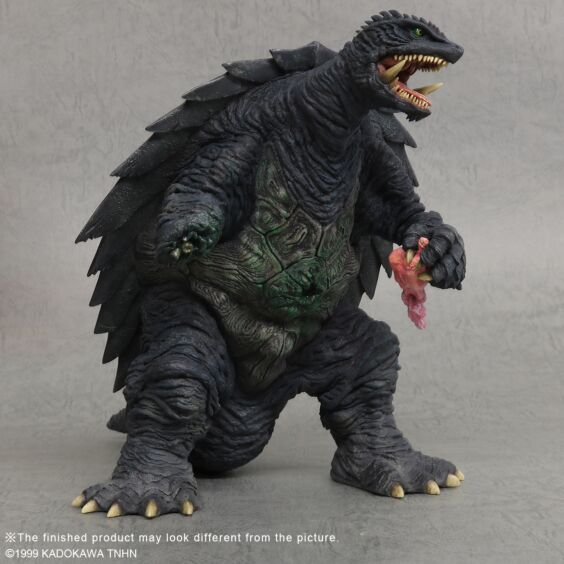 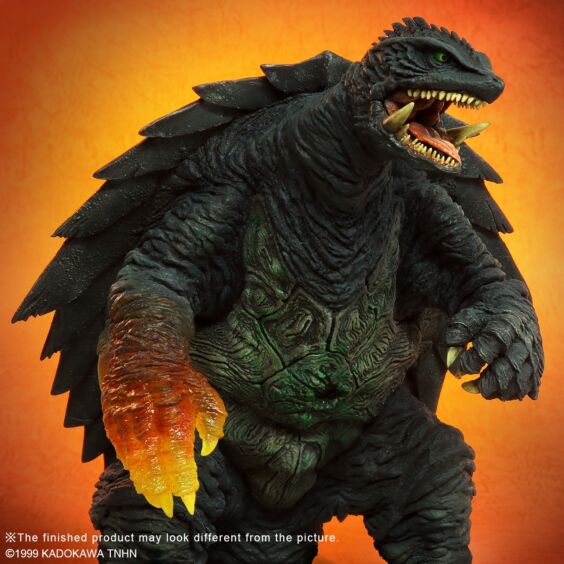 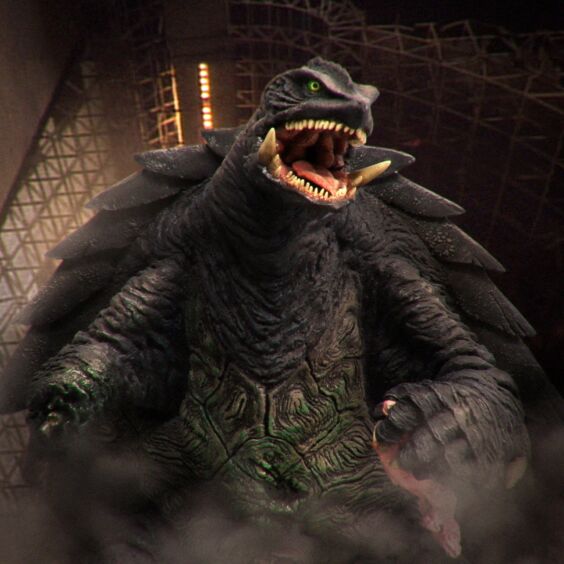 To reenact the immense spectacle of the locale of this final battle at Kyoto Station, this set includes a removable parts Ayana, and replaceable right arms.
By replacing the right arm, you can recreate its lethal Burnishing fist technique.

You won't want to miss an opportunity to own this amazing Gamera（1999）, with its ferocious expression, and attack-ready intensity.
More Information